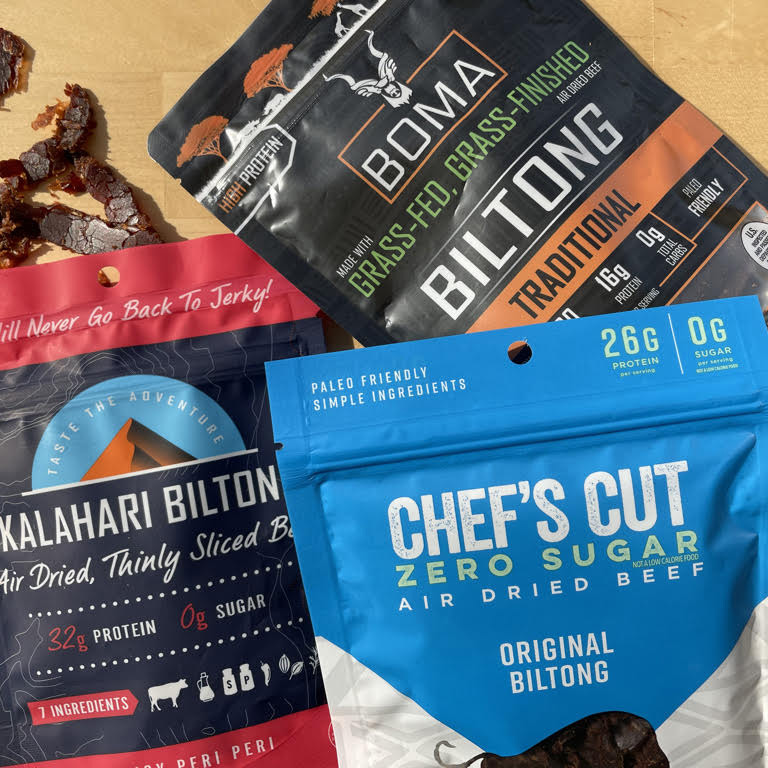 Despite the influx of plant-based alternatives,meat snacks are on an upward trend to grow more than 9% in the coming years according to Mordor Intelligence. Biltong, a dried beef jerky-like snack, is looking to carve out a slice of that market.

Biltong has its centuries-old roots in Southern Africa. It is commonly mistaken for “jerky” because of its physical likeness. However, biltong’s preparation process is quite different. It is cured with vinegar and spices (no sugar), and is air dried for several days, then thinly sliced. Jerky, is sliced first, then marinated with sugar and spices, and finally cooked with heat. The outcome of jerky is typically thick, chewy, smoky, and often sweet while biltong is thin, tender, and savory.

Why is biltong trending?

Biltong is a zero sugar, high-protein, portable snack. This makes it a popular choice for those on a paleo, keto, and Whole 30 diet which also encourages minimally processed foods with minimal ingredients. Because of its curing process, biltong doesn’t contain preservatives or nitrates and has a short and recognizable ingredient list. With the pandemic stoking consumers’ desire for more exotic and diverse foods, biltong is checking many boxes.